Your Gift of Hope: Richard's Story 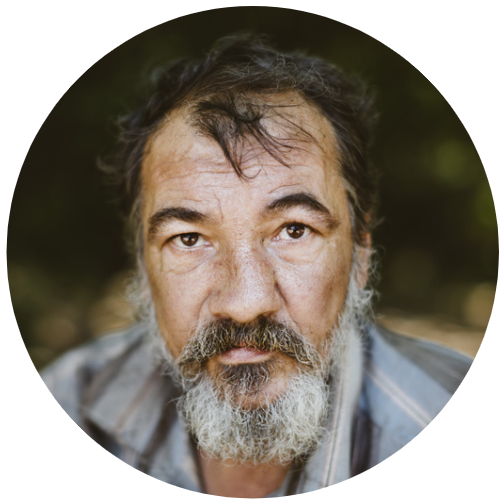 Exhausted, overwhelmed, and hopeless, Richard grew accustomed to laying his head on a stiff motel pillow night after night.

All he could hear was the tick of an old clock and a roaring voice inside his head asking, “How did I get here? Where did it all go wrong?”

Richard found himself, 69-years-old and alone. He had no place to call home and no family to turn to. Worse yet, he didn’t know where his next meal would come from. It was just him and his one suitcase that he carried from motel to motel.

Before living out of motel rooms, Richard lived in the same apartment for 17 years and had a successful business selling at swap meets. After his business went downhill, he lost his apartment, and his only option was to live on the go one motel at a time.

“I was paying $310 a week on motels and my income was only $952,” Richard said. “I got behind on payments when my car broke down and could no longer run my business or afford the motels.” It was around this same time when Richard learned his close friend had passed away.

Grieving and at his lowest point, Richard felt the world was closing in around him. He soon had his hope restored when he was introduced to Serving Seniors. He was able to access support services for grief and trauma through Serving Seniors' UPAC Positive Solutions Program. “I learned a lot of grounding techniques in my sessions,” Richard shared.

In January of this 2021, Richard found his forever home at our Potiker City Heights Residence with the help of our Transitional Housing Team. “Through this program I was also able to receive meals, which I’m very happy with.”

It is because of the ongoing support from our community partners and supporters, that seniors like Richard have access to full, wraparound services and can live happy and fulfilling lives.

Your gift today can change a life. To donate to low-income seniors in need visit, servingseniors.org/donate.